Jeff Robinson posing with his car. Photo by Katie Harris.

When Jeff Robinson, a mobile media producer and technology specialist, sat down on his first day at DELTA more than 22 years ago, his computer had barely one gigabyte of storage, an allotment he never expected to fill. Today, he can fill that space in an hour.

Robinson has supported DELTA since its infancy. As it’s matured from the days of VHS tapes to instant information, he’s played a crucial role.

“I’ve been with DELTA before DELTA was DELTA. I’ve been here from the start.”

Before DELTA, Robinson studied mass communication with a major interest in news and reporting at Shaw University in Raleigh, not far from his home of Fayetteville, North Carolina. He worked as an intern with UNC-TV, where he would go on to work full time after graduation. After transferring to local news station FOX 22, chasing news across the Triangle, and hearing from his then fiancee about an open job at NC State, he traded in the hectic lifestyle of 24-hour news for a more balanced position at DELTA.

Since then, he’s recorded and produced video content for a variety of clients at NC State, aiding DELTA’s transition into the digital age and helping us become a leader in distance education.

“That’s one of the best things about working for the university, especially State. The new technology just keeps evolving.”

How would you describe your position to someone unfamiliar with DELTA?

“I help [students] learn using video as a tool,” says Robinson. “I’m kind of the eyes and ears of people who can’t make it to campus or who do make it to campus and still need to see certain aspects of class that they couldn’t see if they were sitting in the classroom.”

Day-to-day, he works on the projects that arrive at Instructional Media Productions (IMP), based on Main Campus. Whether he’s generating distance education course material or working on video over IP, he always plans ahead to achieve his clients’ goals in a timely fashion.

“I come up with a plan of how to attack the information … and schedule shoots, make sure that photographers and videographers are available, and make sure I have the right amount of resources to handle the video or livestream.”

Robinson and the team at IMP use Mediasite to record and stream not only classes, but guest speakers, campus addresses and alumni interviews, which attract some of the department’s largest audiences.

“You can literally quadruple or more your audience just by using something of this nature. It also records it and places it on a server for long-term storage,” says Robinson. “That’s one of the pretty cool things we get to do.”

In fact, Robinson was the finalist for Mediasite’s Enterprise Video Awards in 2017, placing in the Innovation Category.

What has been your favorite experience at DELTA?

“I really like the swim class as a recent one,” says Robinson.

He’s referring to the work he and the team at Instructional Media Production (IMP) completed to record unprecedented material for HESF 104: Swim Conditioning. They used drones and waterproof cameras to capture the swimmer in motion from all angles, a perspective that had never before been accessible to students –– on- or off-campus.

Robinson produced some of his favorite projects on the North Carolina coast. With collaborative efforts from North Carolina Sea Grant (NCSG) and funding from the North Carolina Division of Marine Fisheries, the projects focused on turtle preservation and Oyster Shell Recycling for Healthy Waters, the latter of which won multiple awards. For these videos, he traveled to NC State’s Center for Marine Sciences and Technology in Morehead City, North Carolina, one of NCSG’s several locations and a division of the NC State Extension.

With each assignment, Robinson applies methodologies that have proven to work in his two decades with DELTA, often leaving with new knowledge to use in the future.

“When I find something that works, I repeat it every time, and then I might add on to that,” he says. “It’s like when you go to Bojangles –– you don’t go to Bojangles because you want it to taste like KFC. When clients come back, they want the same thing that they had. I’m not into reinventing the wheel. It stays around, but you keep it going, and it gets better.”

These projects also allow Robinson to flex a creative muscle dating back to his days in local news.

“It’s spontaneous creativity,” he says. “The quicker they happen, the more fun they are.”

What makes your job special?

For his position, learning is critical. He serves as the intermediary between faculty across the university and their students. To present each project as effectively as possible and avoid obstacles during a shoot, it’s helpful for him to understand the material itself. By the end of each project, he’s received a thorough education.

“One of the cool things [is] the amount of stuff you learn, and you don’t realize that you learn it,” he says. While a student may watch a particular lesson once or twice, Robinson studies the video carefully until he’s sure it’s ready for distribution. “I can’t not learn it. It’s melted into your brain and comes out at crazy times.”

He also appreciates that his job is dynamic and exciting, allowing him to support disciplines across NC State with technology that’s always becoming more advanced.

What is your area of expertise?

“I would like to think I have several,” says Robinson.

At DELTA, Robinson’s colleagues can count on him for his ability to excel under a deadline and his skill with electronics, especially video over IP.

One of his greatest strengths is his dedication to the distance education student experience. Along with the team at IMP, Robinson uses the resources in Mediasite and other media distribution tools to make sure that students can easily access their courses, refer back to past material and receive the same high-quality education as their peers on campus.

“My whole goal is –– even though [some] students aren’t on campus –– to try to make it feel like they are on campus, to get some of the experience.”

What do you like to do in your spare time/outside of work?

“I love to travel,” says Robinson.

This love dates back to childhood when he explored the east coast in a travel trailer with his brother, mom and dad. Now, he continues to cover ground with his dog, General, his son, Austin, and his best friend of 27 years and wife of 20, Tameka. Just this summer, the family visited Virginia Beach, Virginia, and Oak Island, North Carolina.

For Robinson, travel is a hobby and a priority.

“I don’t mind taking the time to see the world and see things that I haven’t seen before. I come here and I work hard, but that can’t be what life’s all about.”

He brings his passion to work when he travels with DELTA for conferences and conventions. He’s been to Maine for a Maine Media workshop, Denver, Colorado, for the EDUCAUSE Annual Conference, and Las Vegas, Nevada, for NAB Show with the organization looking for tips, techniques and technologies to help keep DELTA on the leading edge. This year, he’s heading to Adobe MAX in Los Angeles, California.

His favorite destinations include Key West, Florida, Hawaii and France, and he’s not stopping there.

“We’ve been a little bit of everywhere, and I plan on going to many more places.”

When he’s home in Clayton, Robinson loves to do “anything dealing with cars,” whether that means relaxing in the garage, competing in a race or visiting a truck show. And while this past time is common knowledge for his colleagues at DELTA, people may not know that despite his love of travel, Robinson is a self-described homebody.

This is the same attitude and enthusiasm that Robinson brings to each project for DELTA and what continues to make him a cherished player on our team. 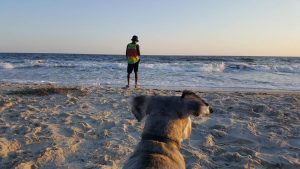 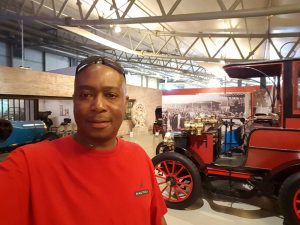 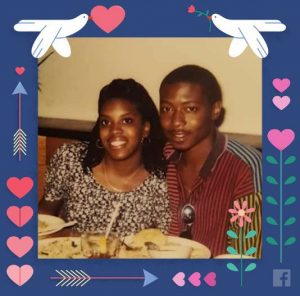 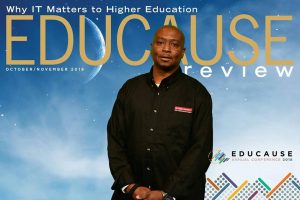