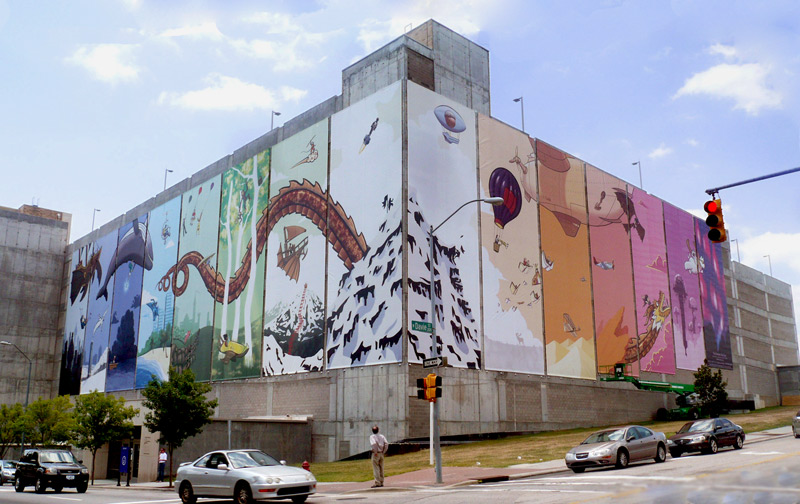 Three DELTA student interns and College of Design students, Jordan Deva, Joe Lawson and Justin Phillips, made a huge public splash on the skyline of Raleigh with their gigantic set of banners that now adorn the L-Building in Raleigh. The L-Building was planned to house a collection of retail and office space with an upper parking deck, however it was hit by the recent recession problems and construction was halted until space could be leased, securing funds for completion. In the meantime, a competition was held between Art & Design students in the College of Design to design a set of large banners that would adorn the building and hide the less-than-pleasing facade. Several teams completed, and last Spring the award — $2,500 and a pretty public space to display their talent — was given to Jordan, Joe and Justin. You can learn more about the trio on their website: www.theballoonboys.com Also, read an article about the competition and the L-Building published by NCSU News Services and also in The News and Observer.