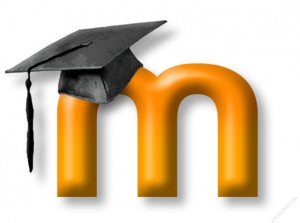 In April 2009, North Carolina State University’s Moodle Pilot Implementation Team submitted a recommendation to Dr. Thomas K. Miller III, Vice Provost of Distance Education and Learning Technology Applications (DELTA), that the university transition from its two existing Learning Management Systems (LMSs)—Blackboard Vista and WolfWare—to a new, rewritten version of WolfWare that is built upon the open-source LMS Moodle. This recommendation follows a two-year process that included input from the campus community and a one-year pilot test of Moodle.

NC State has used LMSs since the development of WolfWare in 1997 to provide discussion, assignment and file management options for online course components. Blackboard Vista, and its predecessors used since 1999, has experienced rapid growth in recent years. As of Spring 2009, 89 percent of NC State students were enrolled in at least one course section using one of these systems. As Blackboard Vista reached its end of supported lifespan, Blackboard’s development efforts moved toward their Next Generation product and the majority of WolfWare code passed the 10 year mark, NC State had to consider moving to a new LMS for our campus to support the many course sections that depend on these online technologies.

After evaluating various LMS replacement options, with much consideration of the current LMS landscape, the maturity of the open source LMS community, and the technical, training, support and feedback discussions informed by the Moodle pilot, NC State has decided to migrate to Moodle. Moodle is an open source LMS that will enable us to deliver educational content using a single LMS for both face-to-face and distance education classes in a robust, feature-rich environment that can be customized to the needs of the NC State community.  The implementation of Moodle at NC State will be called WolfWare to emphasize the eventual melding of the best features of WolfWare with the robust tool set available through Moodle. This unified LMS will be more efficient from both a user and a support perspective.  Completely integrating these systems into an LMS that appears as one system to the users will take time and resources, and with limited resources, implementation of a completely integrated system will take several years. During the transition, the original WolfWare will be redubbed “WolfWare Classic.”

Miller regards the decision to move to open source as a strategically solid move for NC State. “In 2006, the UNC President Erskine Bowles commissioned the President’s Advisory Committee on Efficiency and Effectiveness (PACE), which asked the campuses to consider open source LMSs for university needs. Considering our infrastructure and resources, our campus decided that Moodle was a promising fit.”

The Moodle Pilot Team; comprised of representatives from the Colleges of Agriculture and Life Sciences, Natural Resources, Education and DELTA; led a thorough review and testing process of Moodle, considering it from technical, training and support perspectives.  Comparisons were also done between Moodle and our existing LMSs, and with LMS usage at other UNC schools and NC State’s peer institutions.  The team provided detailed information to the campus, and presented their findings and recommendations to the campus Teaching and Learning with Technology Roundtable (TLTR) and to the DELTA Advisory Committee, comprised of representatives from all colleges and DELTA’s internal partners.

“Feedback from the campus community has been extremely positive,” said Miller, “and we are excited about a strategic focus on a single, open source LMS solution for our campus that will allow creative collaborations and shared development across the campus.”

The Moodle Pilot is still underway, and faculty can use Moodle for their Fall 2009 classes. A campus-level implementation of Moodle, with the first of the WolfWare tools, is expected to be available for Spring 2010 classes. Faculty will be able to migrate their Blackboard Vista classes between Spring 2010 and Spring 2011. Planned migration of WolfWare users will start at a later date, since there are no licensing pressures to migrate and it will take some time to develop some pieces of the new WolfWare that are lacking in Moodle. DELTA’s Faculty Development and Support team is currently providing Moodle training (https://delta.ncsu.edu/workshops/) and will assist faculty with account creation and migration issues (learntech@ncsu.edu) .

Information about the LMS selection process and the Moodle pilot may be found online at http://wikis.lib.ncsu.edu/index.php/LMS_Strategy.

For more information about helping shape the new campus WolfWare, underpinned by Moodle, contact Martin Dulberg, at 919-513-3339 or marty_dulberg@ncsu.edu.

Inside DELTA: 5 Questions with Lou Harrison

A new Inside DELTA highlighting the life of DELTA staff in their day-to-day work routines and life outside of the workplace. Director of Educational Technology Services Lou Harrison will retire in 2020 after a long and fruitful career at DELTA with transformative impacts on innovation and student success at NC State.